At Angels Bail Bonds we provide services and free information about a bail bond. Each agent from our organization has provided competent assistance to numerous clients in Orange County.

We have been offering bail services for 50 years now. You will find a comprehensive guide on how bail bonds work covering every aspect of bail bonds, on our website. Our deep and thorough understanding of the Santa Ana jail system and arrest procedures enables us to strive for prompt Santa Ana bail bonds.

Our bail bondsmen understand the importance of providing prompt bail bonds and our experience helps us provide you with a fast bail bond. While providing bail bonds service, each of our agents will provide you important bail bonds information. Each bail bondsman from our firm is not only reputed in Santa Ana, but also anywhere in Orange County, California.

Get Real Help from a Santa Ana Bail Bonds Company. Call Us Now!

In Search of an Experienced Bail Bonds Agent? Call us!

If a time comes when a loved one has been arrested and calls on you, Angels Bail Bonds is here for you. With over fifty years of experience in the bail bond industry, you can be confident that our knowledgeable and helpful staff will be happy to help you.

We know what’s important to you: 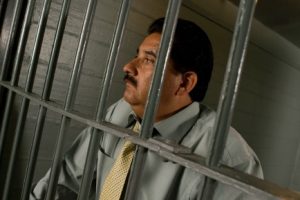 Rest assured that we will maintain the strictest privacy while guiding the defendant’s family through the necessary steps. We are open 24/7, allowing our staff to respond in minutes.

How Do Bail Payment and Bail Bonds Work in Santa Ana, CA?

When law enforcement arrests someone, they are assigned a court date. In order to make sure that they are free to prepare a legal defense, they are allowed to be out on bail. The court needs some kind of guarantee that they will show up at court, which is why they require a bail bond.

The purpose of the bail system is to ensure that a defendant will be present for trial and any pretrial hearings they face. The process of bailing someone — be it a friend or family member — out of jail, while initially daunting, is fairly straightforward.

When someone is arrested, the judge sets their bail during the arraignment. The amount is dependent upon their criminal history, the local bail schedule, the severity of the charges (whether it’s a misdemeanor or felony, if the defendant was in possession of a firearm), if they are employed, and if they have ties to the community. Per California legislation, most bond fees are only 10% of the bond when the bond is higher than $2,500. If the person cannot afford the bail, they will need the services of a Santa Ana bail bonds company. A small fee is paid to the bondsman, who loans the money, then assumes the responsibility of the full bail amount.

There is certain information that you will need when calling a bond agency. It will speed the process along if all the information is ready.

You may be wondering where you go to pay the bail. Depending on your proximity to the jail, the bail agents can usually meet you there. Some may be willing to come to your home. If you are in a different city, it can also be handled electronically or even over the phone. Many different items of value can be used as collateral if the money for bail isn’t readily available. This can include property, jewelry, art, a car, or anything else with enough worth.

After the percentage, a fee has been paid or the collateral signed over, the bondsman will post the total bond. The person who has been arrested will then be released after the bail agents are done issuing the bond, though the time this takes can vary. It could be immediate, or it could take several hours. Once the defendant has been released, the rules of being out on bail will stipulate that he or she must appear for any court proceedings related to their case. They must also follow any other conditions that the bondsman has set. It is possible, through a motion for a bail reduction, to have the amount of bail reduced later depending on the circumstances of your case.

“These guys are awesome! I had to bail out my brother and I had never done this before. Jason made the process so easy and smooth. Thanks a lot, you guys! I hope I don’t ever need you again, but if I do, I’ll know where to go!” –Juan C., Santa Ana, CA

There is never a convenient time to have to deal with the bond process. Fortunately, we can usually approve your bond in as little as 15 minutes. The process involves answering some questions about the circumstances and collecting any other relevant information.

Payment Options. We accept all forms of credit cards, cash, check, and bitcoin.

Exclusive Financing Options. We offer a broad range of financing options, specific to each case and situation. Call us to see what we can do for you.

Collateral. We accept collateral to secure against the debt obligation in case the bail is forfeited. Collateral can include motor homes, a car, boats, property liens, jewelry, or anything with a value equal to the amount of the bond. Physical items are stored in a secure location until the case is resolved.

“I’ll start by saying it was the worst day of my life. Angelsbailbonds.com helped my family and me in a very difficult time. The level of service was amazing. I hope no one has to go through this, but if you ever do, Angel’s is the right call.” – Patrick A., Downtown Santa Ana, CA

The City of Santa Ana 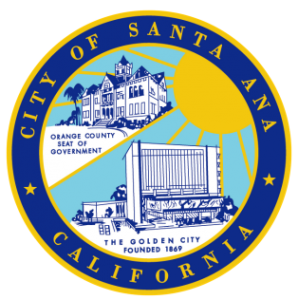 Santa Ana is the county seat of Orange County, in the Los Angeles metropolitan area. It is densely populated and ranked as the 4th safest city in the US with a population over 250,000. The population is estimated at approximately 334,000.  Santa Ana is situated 10 miles from the coast. The Santa Ana River runs through the west end of the city.

The police department and jail buildings are connected. They are located at 62 Civic Center Plaza, Santa Ana, CA 92702.

Santa Ana Bail Bonds Near You

The jail is located at the corner of Boyd Way and 6th St. Public parking is available in the structure across the street from the jail. There is a fee for parking in the structure and parking will not be validated. The hours for inmate visitation at the jail are Monday through Sunday, 7 a.m.-11:30 a.m. and 1 p.m.-9 p.m.

“We read about angelsbailbonds.com on Yelp, so we knew that we were going with a winner. What we didn’t know is that angelsbailbonds.com is even better than what the reviews said. They are partners with their clients. Patty and Mejkan worked closely with us and explained everything. They kept us updated every hour. They treated us like family and made a difficult time more understandable and easier!” –Barbara D., West Grove Valley

These DUI and domestic violence, (battery, penal codes 242, 243, 245, 273, 236, corporal injury of spouse). There is a range of other infractions that we handle bail bonds for. Some of them are: DUI with great bodily injury, repeat DUI/2nd DUI, shoplifting, and petty theft, battery, assault, assault with a deadly weapon or firearm, vandalism, marijuana offenses, possession for sales (drug-related), fraud/embezzlement, robbery, federal bonds, attempted murder, and murder.

“When my son was arrested, I was devastated and confused. I found the Angel’s Bail Bonds website and quickly got the information I needed to move forward with getting his bail taken care of. They made the process much easier than I imagined it would be.” –Paula M., South Coast Metro