Angels Bail Bonds has you covered if you need someone bailed out of jail right now!

See What Our Bond Clients Are Saying About Angels Newport Beach

Angels Bail Bonds Newport Beach
5.0
Based on 4 reviews
See all reviewsWrite a review

Tabitha Griffin
12:33 09 Mar 20
Though it was first time with Angels Bail Bonds it was an exclusive experience for me. They were so much communicative, fast and friendly. I'm very much very much satisfied with their responsible service. Highly recommended!

Kraig Ross
17:24 30 Oct 17
Excellent service and is very professional. I used Angel's Bail Bonds to bail out a relative who got arrested in Newport Beach. I have never been in this sort of situation before So I had no clue what to expect. But they put me at ease, and they were able to get my nephew out of jail without any hiccups. Hopefully, I will never be in this type of situation in the future. However, if so, I would surely use Angels Bail Bonds again! They made the process smooth and easy. Keep up the good work!

Christopher Carter
17:20 25 Oct 17
My son got arrested on a traffic warrant in another county. It was a nightmare. Thank God someone referred me to Angels Bail Bonds. Jason was accommodating and sympathetic. He could sense the distress in my voice and come up with a plan to make things as convenient as possible. Jason called the jail every 30 mins until my husband got bail. He worked with what I was able to come up with, and had the bond posted within 15 minutes!

Joseph L. Greene
10:48 24 Oct 17
My uncle got caught in some trouble, and Angels bail bonds were able to work with me. They were super friendly and very accommodating. With their assistance, my uncle was able to get out, and the process was simple. They are truly very dependable. I trust these guys they know what they are doing.

Has your friend or a family member recently been arrested in Newport Beach?

You’re probably feeling a little stressed out right now and are uncertain as to what you should be doing to help your friend out.

First of all, take a deep breath because everything is going to be ok. This is the Newport Beach Jail we’re talking about, not some dangerous prison in South America.

As you’ll see in a few moments, bailing someone out of the Newport Beach jail is a simple and straightforward process. Your friend or family member can be out of jail within the hour if all goes well.

What happens when someone is arrested in Newport Beach?

Their personal information is taken down by the officer on duty upon arrival at the jail to verify their identity. This information includes name, height, date of birth, Social Security Number, fingerprints and a mugshot. Their information is then checked against a number of databases to make sure that they don’t have any outstanding warrants for other crimes.

The amount of the bail is determined by the crime committed. For most crimes, the bail amount will correspond to what has been established.

In the event of multiple offenses, or outstanding warrants the bail amount will be higher. You will need to get accurate information from the jail in order to be able to bail someone out of jail. The best way to get this information is to call Angels Bail Bonds.

Which bail bondsman is best for my situation?

It is important that you choose a bail bonds company that has a strong reputation in the community it serves. We recommend that you check out the Yelp page of any bail bondsman that you are thinking about using so that you can get unbiased opinions from third parties about the quality of the service provided by that bail agency.

What you need to know about how bail bonds work?

If you’re reading this right now, that means that the unthinkable has happened. Someone you know and love has been arrested and you want to get them out of jail. You probably have a lot of questions about what your next step should be. The process of getting someone out of jail can seem overwhelming at first, but in actuality, it is a very simple and straightforward procedure.

On this page, you’ll find all of the information you need in order to make informed decisions about what to do in this situation. This is a free service provided by our team at Newport Beach Bail Bonds. If at any time you wish to speak confidently with a friendly and professional bail agent you can do so by calling us now.

If someone you know is arrested in Newport Beach, the first thing you’ll want to do is to call Angels Bail Bonds. The friendly bail agent will be able to provide you accurate information about your case, as well as explain to you in greater detail how the bail bond process works.

The alternative to using the services of a Bail Bondsman is to put up the full amount of the bond with the court. You will get this money back once your court case is resolved, which could be several years. Most people don’t have tens of thousands of dollars lying around that they can afford to leave with the courts, which is why most people use a bail bondsman.

The only money that you will have to spend on the bail bond is the amount you agree upon with the bail bondsman. In some cases, lower amounts may be negotiated, and payment plans may be available as well.

The bail bond fees are completely separate from any fees that the courts may impose upon the defendant for matters related to their case.

How to bail someone out of Newport Beach Jail

The process of getting someone out of the Newport Beach Jail is pretty straightforward.

Step 1: Talk with a bail bondsman and make financial arrangements for how you will pay the bond.

Step 3: Wait for the release of your friend or family member at the jail.

Once your bail bondsman files a bail bond with the jailer at the Newport Beach Jail, they will begin to process the release of the inmate. This can take anywhere from 20 minutes on a good day, to as much as 6 hours on a really busy day.

It is important to note that the Newport Beach Jail is a temporary holding facility, and is not mean to hold inmates for more than a day.

Every morning at around 8 am, a bus comes by to take inmates from local jails such as Newport Beach, and takes them to the county jail in Santa Ana. Just to be processed into this jail can take up to 8 hours. Getting released can take just as long, if not longer.

To ensure that your friend or family member is not stuck in jail for any longer than they have to be, it is crucial that you bail them out of jail before they are transferred to the county jail.

If you are worried that your friend or family member may be being transferred to the county jail soon, call Angels Bail Bonds to get up to date information on the status of their case.

For more information about the Newport Beach Police Station, you can visit their official website here.

Under Chief Johnson are three departments of the Newport Beach Police Department.

Where is the Newport Beach Jail located?

The address for the Newport Beach Jail is:

There is no automated service for checking on the status of an inmate at the Newport Beach Jail. You’ll have to call the jail or a Bail Bondsman to obtain this information.

Jon T. Lewis is the chief of police in the Newport Beach area. Chief Lewis is the 10th Chief of Police in the history of the Police Department. He took the position of Chief of Police on March 22, 2016. Chief Lewis began his career with the Police Department in July of 1991. Prior to serving as chief, he served as a Deputy Chief.  Lewis earned a Bachelor’s degree in Criminal Justice from Long Beach State University and a Master’s degree in Criminal Justice from Chapman University. In addition to his law enforcement career, Chief Lewis is Chair of the Board of Directors of the Leadership Tomorrow and is an active member of the Chamber of Commerce Commodore’s Club.

Diane Dixon is the mayor of Newport Beach. She took office on February 5th, 2016. Mayor Dixon relocated to the area five years ago from Pasadena, CA. Prior to her becoming mayor; she was an executive at the Avery Dennison Company, where part of her role was public policy. Mayor Dixon has a Bachelor’s degree from the University of Southern California in political science.

Who are the local representatives for the city?

Demographic data about the area 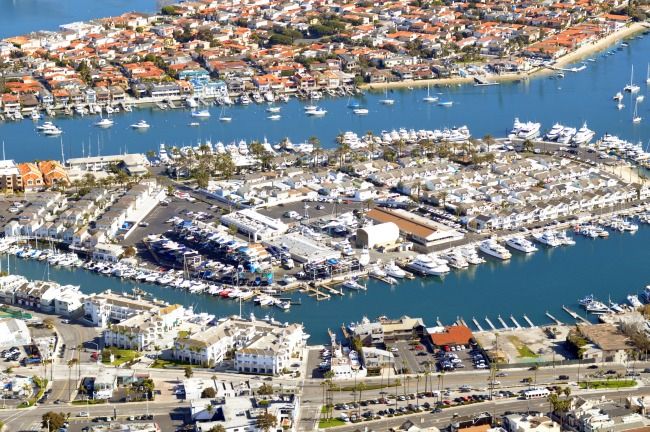 There are two piers in the area: Newport Pier and Balboa Pier. Balboa Pier is home to a Ferris Wheel.

The piers are connected by the boardwalk which is a 2.9-mile long concrete path. The city is well known for being a good surfing location. The best surfing spot is The Wedge, offers surfing, body boarding, and body surfing.

Newport Harbor is the largest recreational harbor on the west coast of the United States. This harbor encompasses 21 square miles and is home to more than 9,000 vessels including yachts, sailboats, kayaks, motor boats and many others. Newport Harbor is home the Christmas Light Boat Parade every December which has been happening annually since 1908. Every spring, the harbor is host to the Newport to Ensenada International Yacht Race.

If you are looking for a Local Newport Beach Bail Bonds company, make sure you call us immediately.