Professional Fast Bail Bond Service in Laguna Beach, call us for free bail information, fast friendly service, open 24 hours a day, 7 days a week. Check out our stellar Yelp reviews! We have been helping Orange County families since 1956. You are in good hands.

If you are looking for a help from a local Laguna Beach Bail Bonds company, call us immediately!

What you need to know about how bail bonds work?

If you’re reading this right now, that means that the unthinkable has happened. Someone you know and love has been arrested and you want to get them out of jail. You probably have a lot of questions about what is the next step to take. The process of getting someone out of jail can seem overwhelming at first, but in actuality, it is a very simple and straightforward procedure.

On this page, you’ll find all of the information you need in order to make informed decisions about what to do in this situation. This is a free service provided by Angels Bail Bonds. If at any time you wish to speak confidently with a friendly and professional bail agent you can do so by calling us now.

When someone is arrested in Laguna Beach, they are taken to the local Police Department and processed as an inmate. As part of this process, their fingerprints are taken and checked against a number of databases to determine their identity and if they have any outstanding warrants. A mug shot is also taken. The process of checking into the local Laguna Beach Jail can take several hours. After they have been checked in, inmates are now eligible to be bailed out of jail.

Once the inmate has been processed into jail their bail amount will be determined. In order to be bailed out of jail. there are a few options.

The fee a bail bondsman charges is a non-refundable, one-time fee for posting the bond. This money is paid to the bail bondsman for the service of putting up the full bond amount with the court. In addition to paying the 10% to the bail bondsman, someone will also have to sign on behalf of the defendant as the Indemnitor, guaranteeing that they will make all of their court appearances and that they are financially responsible for that person in case they don’t go to jail. There are some more affordable options for military personnel, veterans, and many others with special circumstances. Call today for more info.

Which bail bondsman is best for this situation?

It is important that you choose a bail bonds company that has a strong reputation in the community it serves. We recommend that you check out the Yelp page of any bail bondsman that you are thinking about using so that you can get unbiased opinions from third parties about the quality of the service provided by that bail agency. If you are in need of the best Bail Bonds company in Laguna Beach, then please read our reviews and call us immediately.

Where is the Laguna Beach Police Department?

Where is the local city jail?

Laura Farinella is the chief of police in Laguna Beach. She became the Chief of Police in March of 2015. Prior to that, she had a 25-year law enforcement career with the Long Beach Police Department. Chief Farinella has a Bachelor’s degree from Chapman University in communications. She has a Master’s degree from California State University, Long Beach in Emergency Services Administration.

Steve Dicterow is the mayor of Laguna Beach. Mayor Dicterow became a city council member in 2012. Prior to this term as mayor, Dicterow served as mayor between 1997 and 1999 and for six months in 2006. Mayor Dicterow is an estate planning attorney, entrepreneur, and business executive. Dicterow graduated from the State University of New York with a Bachelor’s degree and received his Jurist Doctorate from the University of Southern California. He was born in Brooklyn, New York and moved to the area in 1983.

Who are the local representatives for the area?

Demographic data about the city residence

Laguna Beach is an Orange County city which was incorporated in 1927. Laguna Beach encompasses 9.1 square miles. The city hosts more than three million visitors each year to enjoy their beaches and arts culture. The city has over 180 artists in residence, weekly art gallery walks and is home to three large-scale art shows each year; Pageant of Masters, Festival of Arts and Saw Dust Art Festival. The Laguna Beach Art Association began in 1918.  The Laguna Playhouse was founded in 1920 and is the oldest continuously running theater on the west coast. The city has seven miles of beaches and 83 miles of streets. Of the seven miles of coastline, 5.88 miles are part of a state marine preserve and conservation area. Surfing is a popular past time; the Brooks Street Surfing Classic is the oldest continuous surf contest in the world. 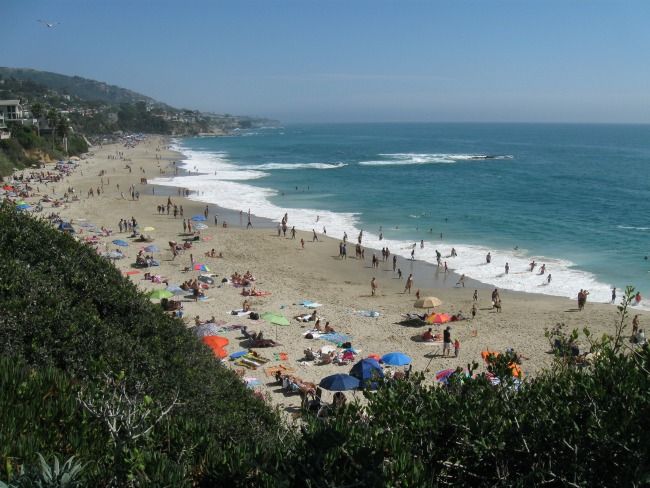 Treasure Island in the City of Laguna Beach

If you are looking for a Local Laguna Beach Bail Bonds company, make sure you call us immediately.