What you need to know about Bail Bonds in Buena Park

Has someone you know been arrested in Buena Park?

If your friend or family member has been arrested in Buena Park, they’ve probably been taken to the Buena Park jail.

Being taken to jail is not an experience that I would wish upon anybody. As far as jails go though, Buena Park jail isn’t that bad. Just be glad they weren’t arrested in South Central LA.

While the Buena Park jail isn’t as bad as some other jails, its still a jail, and nobody wants to be in jail any longer than they have to be.

Fortunately, under California law, it is possible for persons in jail to be released through the use of bail bonds.

On this page, we will go over the bail bond process so that you can make more educated decisions about how to help your friend or family member get out of jail.

This educational service is provided by Angels Bail Bonds. We are a family owned bail bond company that has been operating in Southern California since 1956.

What Happens When Someone is Arrested in Buena Park?

When someone is arrested in Buena Park they are taken to the jail, which is located at the Buena Park Police Department.

Once an arrestee arrives at the jail they are processed as an inmate. When an inmate enters the system, the jailer notes down information about them, such as their name, date of birth, height, weight, the offenses accused of as well as other information.

This information is then run against a number of law enforcement databases to see if the inmate has any outstanding warrants or prior arrest records. In the case that there are outstanding warrants, they will also be processed for those offenses. This usually reflects in a higher bail amount.

How do Bail Bonds Work?

In order to get someone out of jail in Buena Park you will want to use the services of a bail bondsman.

The advantage of using a bail bondsman is that you only pay a fraction of the bail amount, instead of paying the full amount directly to the court.

In order for a bail bondsman to help you, you will need to know the first and last name of the inmate at the very least. Any additional information that you have to help identify the inmate in the system will help speed up the process.

Once the bail bondsman has identified the inmate in the system, they will be able to tell you what charges they were processed for, as well as the bail amount.

The amount of the bail is determined by the nature of the crime that the inmate is accused of. For most crimes the bail amount will correspond to what has been established on the publicly available Orange County Bail Schedule.

This amount may differ however in the event of multiple offenses or outstanding warrants. Call Angels Bail Bonds at 714-868-3910 to get the most accurate bail information.

How Much Does a Bail Bond Cost?

The cost of getting someone out of the Buena Park jail is typically 10% of the bail amount. This is a one-time fee paid to the bail bondsman for the service of posting a bail bond.

This one-time fee is the only money that you will have to pay to the bail bondsman for their service. In rare cases, an amount lower than 10% may be negotiated, and payment plans may be available.

This fee is separate from any fees that may be charged by the courts and your lawyer.

When a bail bondsman posts bail for someone, they are assuming the liability of the full bail amount to the court. Your bail bondsman will typically take some kind of collateral to insure that the defendant appears in court. This is usually an item of value greater than the bond amount, such as a car title, a home ownership deed.

Getting someone out of the Buena Park jail can be as easy as 1-2-3. Here’s what you need to do.

Step 1
Call Angels Bail Bonds at 714-868-3910. Talk with the bail agent to get familiarized with the process and make arrangements to pay the bail bond fee.
Step 2

Meet up with the friendly Angels Bail Bonds agent at the jail, where you will fill out some paperwork and pay any fees if you couldn’t do this over the phone.

The local bail bondsman in Buena Park will file the bond with the jailer. Once this has been done we wait for the jail to process the bond and release the inmate from jail. This can take as little as 20 minutes and as long as several hours if the jail is impacted.

It is important to note that the Buena Park Jail is a temporary holding facility and by law is not allowed to house inmates for more than 96 hours.

In addition, it’s a jail facility that is known to have a lot of gang violence. It’s not the kind of place that you would want your friend or family member to go to if it can be avoided.

In order to avoid the being transferred to the Orange County Jail you should bail them out while they’re still in Buena Park.

Call Bail Bonds Orange County now at 714-868-3910 to get your friend or family member out of the Buena Park Jail.

Our friendly and professional agents are standing by 24/7 to assist you in these trying times.

Where is the Buena Park Police Department?

Where is the local jail?

Corey Sianez is the chief of police in Buena Park. He is the ninth chief of police of the force. Chief Sianez began his police career at the age of 21 and has served the city for 35 years. Prior to becoming chief, he served the department as a captain. He became the police chief in March of 2011. Chief Sianez received a Bachelor of Science degree from California State University, Long Beach in occupational studies. He also has a Master’s degree in public administration from National University. In addition to his work in the area, he has served as the president of the Orange County Chiefs of Police and Sheriff’s Association.

Fred R. Smith is the mayor of Buena Park. He has been the mayor for four years. Fred Smith is a local small business owner of Smith and Son’s Glass.

Demographic data about the local residents

Buena Park is a located in northwest Orange County. The city is approximately 12 miles from the county center of Santa Ana. The city’s nickname is the Center of Southland and was incorporated in 1953. In November of 2008, voters voted in favor of a City Charter, which is essentially a constitution for the city.

Knott’s Berry Farm Amusement Park is located within Buena Park’s E-Zone district along with its sister water park, Knott’s Soak City. Also within the E-Zone are the Pirate’s Dinner Adventure Show, Medieval Times, Ripley’s Believe It or Not and the Japanese Village and Deer Park.

The Los Coyotes Country Club has a 27-hole championship golf course which has hosted the LPGA Classic Golf Tournament.

The History Park is on Beach Boulevard and is home to several historical buildings including the Bacon House, the Whitaker Jaynes House, Stage Stop Hotel, and the Tice House. 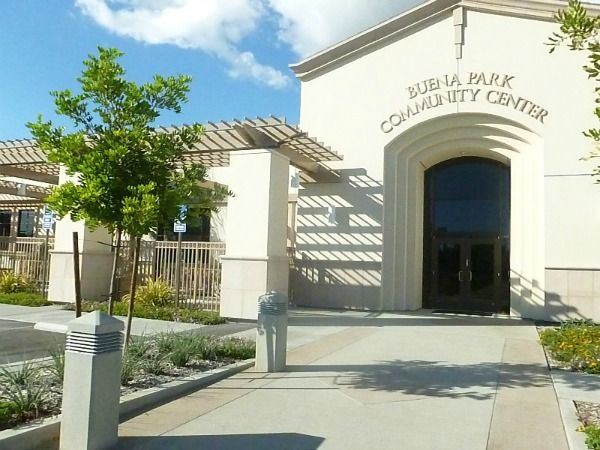 If you are looking for a Local Buena Park Bail Bonds company, make sure you call us immediately.