What you need to know about Bail Bonds in Culver City?

Want to get a loved one out of jail? Get them out in minutes at a low-price. Call us now!:

Has someone you know been arrested in Culver City?

If so, then you’re probably looking to bail them out of the Culver City Jail and want to know the best way to do that.

On this page, we will give you the essential information that you need in order to take advantage of your constitutionally guaranteed right to bail.

While being arrested in Culver City can seem scary, the first thing you should know is that people get arrested every day and there is a smooth and safe process in place in order to get these people out.

At Angels Bail Bonds we have been serving Southern California since 1956 with friendly and professional bail service.

As part of our mission to help out families in Southern California during this tough time, we are providing this information so that you can make more educated decisions.

If at any time you wish to speak directly with a bail agent and have your questions answered over the phone, you can call us at 310-439-8922.

What happens when someone is arrested?

When someone is arrested in Culver City they are taken to the local Jail, which is located inside the Culver City Police Department.

Once they arrive at the jail they go through the standard inmate booking process. This involves having their picture and fingerprints taken, as well as having their information ran against a number of law enforcement databases to see if they have any outstanding warrants.

Once the records check comes back clean they will be eligible for release by bail bond.

Depending on how busy the jail is, they can be eligible for release in as little as 30 minutes after they are arrested, but it can and often does take longer.

It is important that you bail someone out while they are still at the Culver City Jail. If you wait too long they will be taken to the Los Angeles County Jail. They will have to go through another inmate booking process there, which can take a lot longer, as the release process in the county jail is much longer than getting released at a city jail.

What does a bail agent do?

When someone is eligible for release by bail, there are a few options.

You can pay the full amount of the bail bond directly to the court. This money will be returned, minus any court fees after the resolution of the court case. This money must be paid using secured funds.

The more common option is to use the services of a Culver City Bail Agent. Instead of paying the full amount, you can pay a percentage, not more than 10% to a bail company, and they will put up the full amount with the court.

Most people use a local bail bondsman because it is the more affordable option. The fee you pay to the agent is a one-time, non-refundable fee for the service of guaranteeing to the court that the person bailed out will make all of their court appearances.

In the event that the defendant does not go to court, it is the responsibility of the bail bonds company to either find that person or surrender the bail amount to the court.

For this reason, the bail bondsman will have someone sign as an indemnitor, to guarantee that the defendant will make all of their court appearances.

Which Culver City Bail Bondsman should you use?

Given the amount of money that you are spending on a bail bond, and the sensitivity of the information that you have to share with your bail bondsman, it is important that you choose a local Bail Agent that you can trust.

The best way to choose the right bail company is to check out their Yelp reviews.

At Angels Bail Bonds, we pride ourselves on having all 5-star reviews due to our excellent customer service. We have an office close to the Culver City Jail and can be there to assist you 24/7.

Where is the Culver City Police Department?

The Police Department’s headquarters is located at:

You can access the station off of Venice Boulevard. You can reach it through exit 7A on the Santa Monica Freeway to the north or exit 52 on I-405 south. Turn on Culver Boulevard and head south, turning left on Duquesne Avenue. The department is right next to City Hall.

Where is the Culver City Jail?

Scott Bixby is the chief of police in Culver City. He has held the position since 2014. He has worked with the city’s police department since 1974.

Who is the mayor?

Michael O’Leary is the mayor of Culver City. He has been the mayor since 2012 and is currently in his second term.

Who are the local representatives of the area?

Culver City is in the 30th Senate District in the California State Senate and is represented by Democrat Holly Mitchell.

Within the California State Assembly, the city is in the 54th Assembly District and is represented by Democrat Sebastian Ridley-Thomas.

The city is listed in the United States House of Representatives as the 37th Congressional District in California and is represented by Democrat Karen Bass.

The population consists of the following: 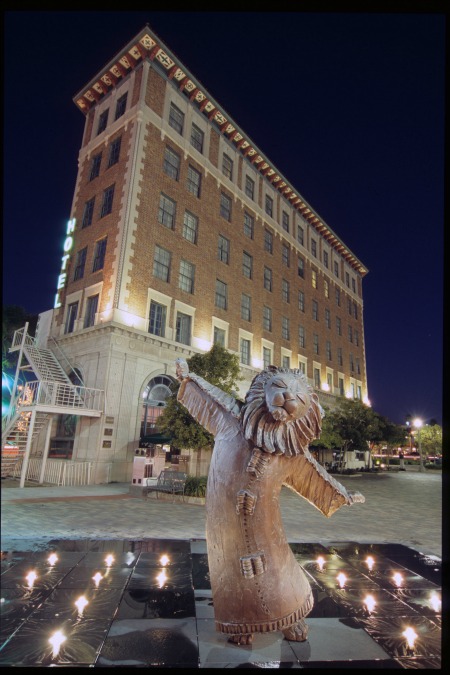 Sony Pictures Entertainment has 3,200 employees in the city, thus making it the largest employer in the city. The lot is home to numerous studios where films, television shows, talk shows and even game shows are taped.

The Hillside Memorial Park Cemetery is one of the largest Jewish cemeteries in the state. The cemetery is best known for Al Jolson’s large tomb and its waterfall.

The Southern California Hospital at Culver City, which used to be called the Brotman Medical Center, is the second-largest employer with 1,000 people working there.

The Culver Hotel is a prominent landmark in the city that was built in 1924 and had been used as a major hotel for many prominent actors. The hotel, which was owned by John Wayne for a period of time, was especially famous for housing the cast of the Wizard of Oz when the film was being recorded in 1939.

If you are looking for a Bail Bondsman near you in Culver City, make sure you call us right now!

Areas We Service Near Culver City