What is a Terrorist Threat? 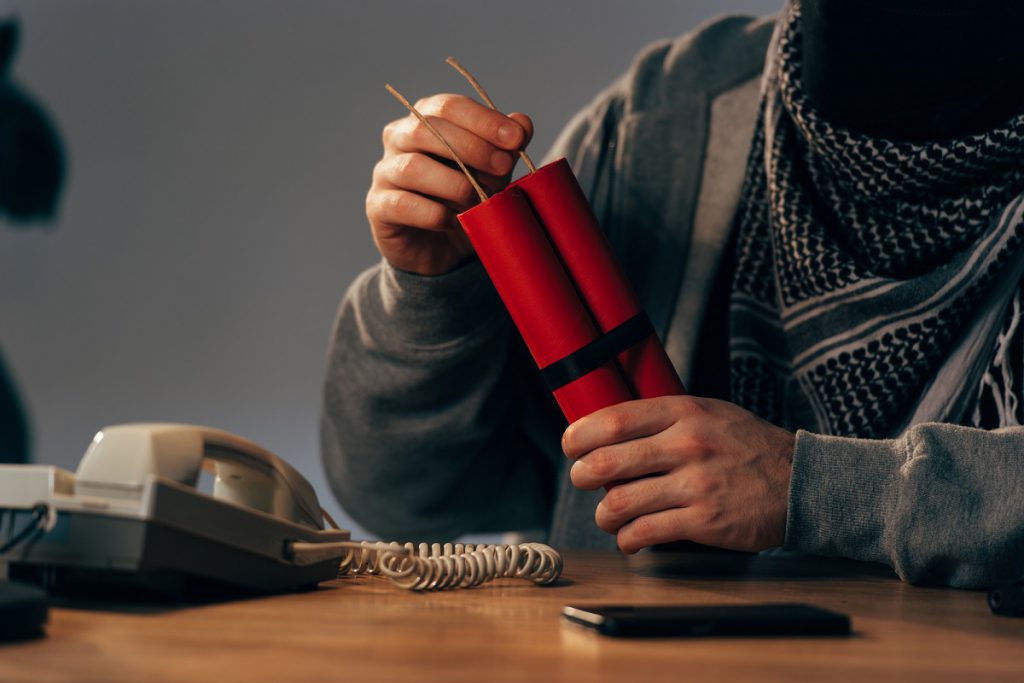 When an individual makes a criminal threat, specifically when the result of the crime threatens is terror, serious injuries, physical property damage, or death. Not all threats are criminal or considered terrorist threats because the state and federal laws on terrorist threats differ widely. A terrorist threat needs to have the next elements:

The threat can be expressed verbally or in writing, but it does not have to be explicitly expressed in these manners, as a terrorist threat can be done through insinuation or even body language.

The threat made must have a specificity, whether it is death, serious injury, or grave property damage; still, the threat doesn’t have to specify the time when the attack will take place. If a threat involves a present or future attack then that’s enough. In simpler words, a specific intent that the statement can be taken as a threat.

In order to qualify as a terrorist threat, it has to be reasonable. The person attempting to commit a crime must be able to conclude that the threat is credible. How is something not credible? For example, by saying you’re going to destroy a huge building or institution with the help of your alien army (although, even so, federal authorities might still end up knocking on your door.) A reasonable threat is a situation that falls under unequivocal, unconditional, immediate, and specific circumstances that would lead to directly affect the person or place threatened, making them an immediate prospect to execute the threat.

The actions determine if a crime has been committed, but making someone afraid as a result of a threat is sometimes enough to qualify as a terrorist threat but if terror is achieved, then it would mean that the victim’s fear was reasonable under the circumstances.

What Are the Types of Terrorism?

Is a Terrorist Threat Considered a Misdemeanor or Felony in the State of California?

Individuals that make terrorist threats face many possible penalties. According to the Penal Code 422 C of California, criminal threats can be charged whether or not the accused had the ability to carry out the threat. The defendant shall be punished by imprisonment in the county jail not to exceed one year, or by imprisonment in the state prison. The crime can be qualified as a misdemeanor or a felony depending on the circumstances – also called a “wobbler.”  If the defendant is convicted of a felony, then he or she faces up to four years in the California state prison.

Does someone you know has been arrested for a terrorist threat? Don’t think it twice and let us be one of your options, and luckily, the only one. Call our bail bonds company today.