Dorry Plotkin has worked as a bail bondsman since 1974, when he created Plotkin Bail Bonds in Norwalk, CA. Through his position as director of the company, he assists in major expenditure decisions, keeps the company up-to-date on current regulations, and maintains quality through audits regularly. His efforts for the company including updating and incorporating underwriting for the bonds have kept it running for over thirty years. In addition to Plotkin Bail Bonds, Dorry Plotkin created a school for continuing education to keep bail agents up-to-date on the new laws and refresh their memories on the old. Through the school, he has authored six textbooks, developed the curriculum, and overseen the general operations since day one. As if owning his own company and school was not enough, Dorry Plotkin also started up Trinidad Island Real Estate and Chino Hills Realty in 1989. As its owner, he keeps up quality control, assists in advance files, and stays abreast with the current legislation. Needing yet another dish in his meal, Plotkin started up Plotkin Financial, Inc. in 1991, becoming its director and providing yet another job for him to oversee his employees, give final approval, and audit files. Most recently, he started up Capital Mortgage in Newport Beach, ensuring a high quality of service and maximizing sales since its start in 2003. Such an entrepreneurial spirit came from none other than Chapman University, where he obtained a B.A. in Business Administration and Economics. As though the financial training was not enough, Dorry also took time to participate in the World Campus Afloat Shipboard Education Sailing Around the World to study the economic systems of Africa, Asia, Europe, and various South Pacific Islands. After Chapman, Dorry Plotkin attended the Western State Law School in which he studied Contract law, Real Estate law, and General law. With his financial empire in place, and the training to keep it there, Dorry Plotkin’s goal has always been to navigate into the future. 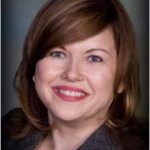 During her 26 years with the Angels Bail Bonds, Cyndee Shirey has served in many capacities. Starting as a part-time data entry clerk, she moved quickly through the ranks. Since 1998, Ms. Shirey has served as Vice President of General Operations. She currently oversees and manages all aspects of the business, including bond approval, advertising, forfeitures, accounting, and budget allocation. Additionally, she manages the Bail Agent and Recovery Agent departments. Cyndee is well known for specializing in high profile and complex bail cases. Through her unrivaled dedication, she has helped the company grow into the success it is today. Born and raised in Southern California, she currently resides in Orange County with her husband and daughter.