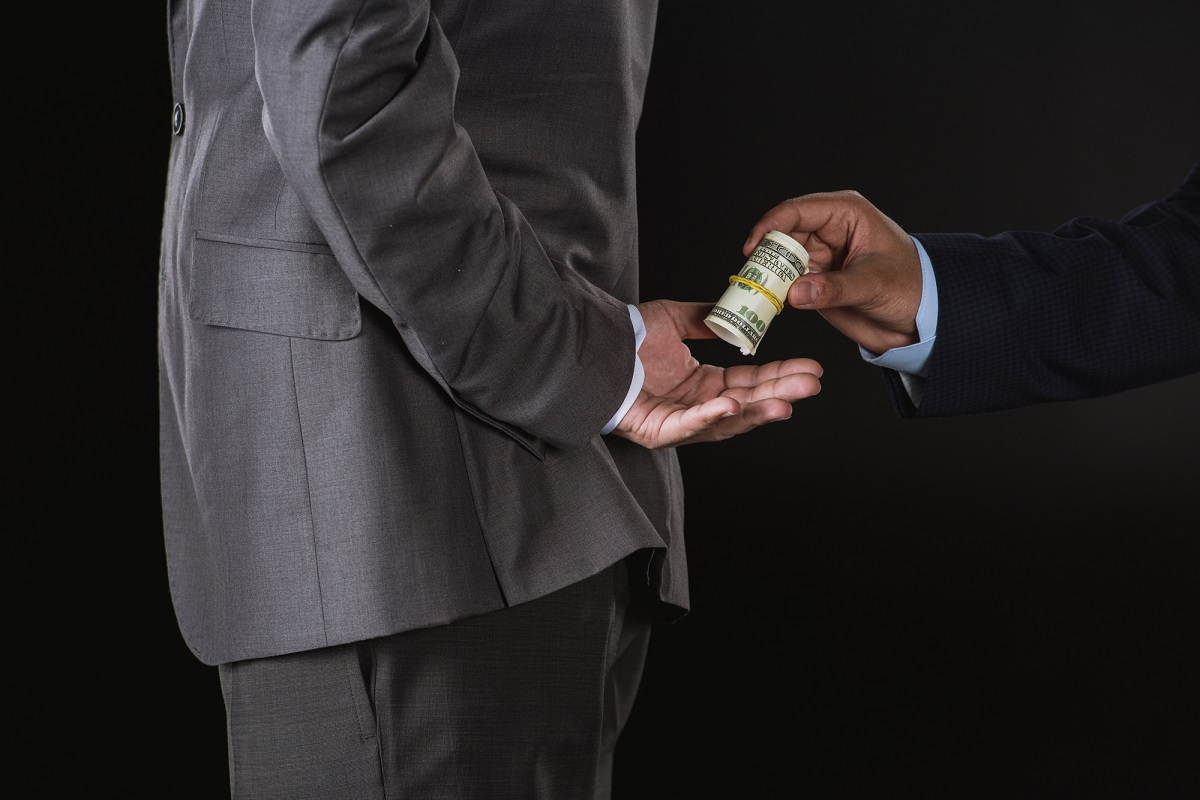 Basically, bribery most often refers to bribery of public officials, which is the giving of money (or something else of value) in exchange for a public official acting in a way that benefits the briber. Bribes are not limited to these cases, as they can take the form of payments or gifts in exchange for any favorable treatment; a clear example of this would be government contracts. Properties, various goods, privileges, services, and favors are also included in the bribe category.

What Are the Elements of Bribery?

When it comes to bribery, the two main elements are the public official being bribed, and the one doing the bribing. All with the goal of influencing or altering political or public actions. In most bribery cases, both the person offering the bribe and the individual accepting can be charged. It is important to know that bribery is not the same as extortion, as is often wrongly associated. Extortion uses threats of violence and other negative acts in exchange for compliance.

The elements of Bribery are:

Some examples of bribery are a phone call between a politician and the party offering the bribe, a boxer offering another a payoff to deliberately lose and important fight, or a gambler offering to pay a basketball player to not score points.

Is bribery considered a felony or a misdemeanor in California?

Bribery (both giving and receiving bribes) is usually a felony, punishable by a state prison term of one year or more. On the other hand, commercial bribery (for non-government officials) often carries less severe penalties, and it may be adjudicated as a misdemeanor.

Does someone you know has been arrested for bribery? Don’t think it twice and let Angels Bail Bonds be one of your options, and luckily, the only one.