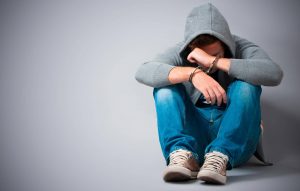 Commercial burglary also called shoplifting is the act of stealing merchandise or property from a retail establishment. Shoplifting is among the most common arrests for police in Los Angeles and Orange County, and one of the most common crimes seen in the courts. While most shoplifting is done by amateurs there are individuals and even groups who shoplift for a living. Shoplifting has a tremendous impact on the bottom line of retailers who report that around 0.6% of their inventory disappears from their shelves as a direct result of shoplifters. Petty theft of this kind is such a problem that it accounts for up to 30.6% of business shrinkage reported by small and medium sized businesses. Bail amounts for shoplifters are generally fairly low, but they can vary depending on the value of the stolen merchandise and whether or not the defendant has any prior arrests. Regardless of the amount, Angels Bail Bonds is available to provide bail bond assistance if you or a family member have been arrested for shoplifting. If you want to find out how bail bonds work, or have any other questions about shoplifting bail bonds, give us a call today!

Jenny was SPECTACULAR. If you need a bail bondsman in town, call her
Gabrielle S
This is the best bail bond company. They are so understanding and helpful. I highly recommend them. Staff is so understanding, if you need to bonded out or a family member, you will not be disappointed. Words can't express how much respect I have for this company.
Morgan P
I'll start buy saying it was the worst day of my life. But Angels Bail Bonds helped me and my family in a very difficult time. The level of service was amazing. I hope no one has to go through this, but if you ever do, Angels is the right call.
Patrick A.Buena Park, CA(opens in a new tab)
Call Now: (800) 224-5911 Get Bail Quote
Yelp Rating
5.0
Based on 12 reviews